How to plan your IT Budget and Spending 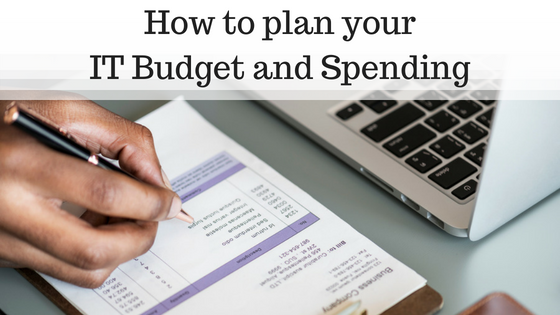 How much should your organization be spending on IT? That is a topic that always comes up in a discussion, and the opinions are varied. But rather than depend on opinions, the best place to look is to the companies that are succeeding with IT spending and see what their trends look like!

IT spending from the perspective of annual revenue

Based on these percentages, if you are a small company making $1 million in revenue, then your IT spending should be around $69,000 annually on revenue.

IT spending from the perspective of employee size

Another survey from Spiceworks based spending on business size as a function of employees. In their study they found the following:

The trend for NPOs follows much of the same numbers as above. Based on an article by BizTech, the data is broken out by per employee cost. They found:

For an NPO spending a total of around $1 million dollars, you should be spending about $132,000 annually on IT needs!

What if you are not spending that much?

First, it is so important to be on the same page about one vital thing: all spending should be well thought out, in line with organizational goals, and move the key metrics of your organization in the right direction. If something does not fit those criteria, it should be passed over.

Now that we are on the same page on that very important issue, we can cover what not spending on IT needs can cause in your organization. I have narrowed it down to 3 major items:

You have worked too hard to create a great organization to just find yourself out of the race -so be sure to place more emphasis on your IT budget!

Contact Us to discuss how to better spend the monies you do have for your IT budget.

You have Successfully Subscribed!